Shopify vs. BigCommerce vs. WooCommerce – Which Is Best For Parts And Accessories Ecommerce?

Shopify, BigCommerce, and WooCommerce all have their own claim to fame:

How To Compare These Three Platforms

When you’re comparing these ecommerce platforms, you might be tempted to evaluate plan pricing or feature sets when choosing a winner. This is wrong.

All of these platforms are roughly equivalent in terms of cost and features. You’ll spend anywhere from $0 to $100,000 to get one of these sites launched, and anywhere from $100 to $5,000 per month keeping them running. You’ll also be able to add just about any feature or functionality to whichever platform you pick.

There are, of course, some differences here and there, but each of the three is affordable and capable. So, instead of thinking about pricing and functionality, here’s what you want to think about:

Here’s some more detail about each question.

SKU count is one of the more important factors in ecommerce platform selection: The larger the SKU count gets, the more you have to lean toward Shopify. The reason? Shopify was built to support an unlimited number of products, and, as a result, it does better than either BigCommerce or WooCommerce with very large (read 100k+ SKUs) catalogs.

How Will You Manage Product Data?

If your plan is to manage product data by importing whatever you get from the SDC or a manufacturer’s ACES and PIES files and calling it a day, your plan sucks* (no offense). SDC and manufacturer-provided data are notoriously unreliable. You can’t assume that data will be correct and ecommerce ready, because it usually isn’t.

If you’re going to manage data yourself, the easiest platform to use is WooCommerce. While Shopify and BigCommerce have import/export spreadsheets and APIs, WooCommerce offers more options for product data management. WooCommerce has a built-in import/export tool that’s extremely easy to use, and there are at least a dozen third-party plugins that make managing data super simple.

If you’re going to pay someone to manage data – or invest in a PIM and use that to send data to Shopify, WooCommerce, or BigCommerce – you want to ask your data manager(s) what they prefer. Most of the companies that manage product data will work with whatever option(s) you like, but sometimes they have a pre-built integration that will help you choose.

*NOTE: WooCommerce, BigCommerce, and Shopify all offer 3rd party integrations (like ConverMax or our WooCommerce plugins) that will update fitment data automatically, and these aren’t bad. The issue is catalog data – it’s usually incomplete and rarely compelling.

What Is Your Development Team Comfortable With?

Sometimes, asking your developer which platform they like or don’t like devolves into a conversation that bears a striking similarity to a rant about Star Wars vs. Star Trek or which Lord of The Rings movie is best, or which Marvel character is most powerful…it gets personal and off-topic quickly.

As a general rule, developers can easily work with all three options. However, there are some aspects to each that developers like (or don’t like):

Additionally, all three platforms have APIs that can be used to solve just about any development or integration problem.

So if you talk to your developer(s) about these things and ask what they prefer – and still can’t get a straight answer – try asking them these questions:

If your developer is negative about open source, negative about PHP, or doesn’t like the idea of managing hosting and updates, WooCommerce probably isn’t the way to go (for example). Or if they hate Ruby, you cross Shopify off the list. And so on.

What Is Your Advertising/Marketing Team Most Comfortable With?

Advertising and marketing teams are usually concerned about platform selection from the perspective of SEO, data feed management, ease of design updates for non-coders, and integration with third-party tools like Klaviyo, MailChimp, HubSpot, etc.

From an SEO perspective, all three of these platforms are fine. Some SEO experts have strong opinions about one platform or another, but it’s easy to find high-ranking sites built on all three platforms. Generally speaking, platform selection shouldn’t really be based on SEO concerns.

From a data feed management perspective, BigCommerce is at a bit of a disadvantage compared to Shopify and WooCommerce. While all three are fully capable of sending data to Google Merchant Center, Wooommerce has by far the most robust data feed functionality. And if you wanted to create custom data feeds for things like content syndication or some small marketplace, WooCommerce is a good choice.

From an ease of design perspective, none of the platforms are perfect. Customizing the design of a BigCommerce or Shopify site is very much based on which theme is installed and what features that theme includes. It’s hit or miss.

For WooCommerce, ease of customization is one of the main features, but the execution is “in progress.” Because WooCommerce has so many plugins, it’s usually the easiest to work with. However, there are some design add-ons for Shopify (like Pagefly) that make it easier.

What Other Software Do I Need To Integrate With?

As far as pre-existing third-party integrations go, Shopify and WooCommerce have the greatest range of options. WooCommerce is the most popular ecommerce platform in the world, so there’s a plugin for just about everything. And while Shopify doesn’t have quite as many integration options as Woo, the Shopify app marketplace grows daily. BigCommerce is definitely behind both, only all the integrations you “need” are available.

As far as custom third-party integrations go, BigCommerce Enterprise is pretty powerful and definitely a great option. WooCommerce is arguably only a little bit behind BigCommerce in terms of custom third-party integrations, but it’s not popular with enterprise users and service providers so it’s not as good of an option. It’s easier to find a company that will build you an ERP connector for BigCommerce than it is to find one for WooCommerce (for example).

And while Shopify Plus can be integrated with any custom application given enough time and money, the Shopify platform doesn’t allow as much control as either BigCommerce or WooCommerce.

Are Costs Really The Same? Yes And No.

Earlier in this article, we said that the cost differences between Shopify, BigCommerce, and WooCommerce aren’t big. This is generally true:

Still, there are some edge cases where one of the platforms is the lowest-cost option:

For smaller manufacturers, we generally recommend WooCommerce. We have plugins that integrate either ShowMeTheParts or Opticat with WooCommerce, which makes it super-simple for manufacturers that are already sending data to either of these companies to get an ecommerce or catalog site up and running.

Additionally, product data is easy to update in WooCommerce, your advertising/marketing team will find it easy to publish press releases or blog content (WooCommerce is based on WordPress, a great content management system), and the costs of hosting and maintaining a WooCommerce site are generally low when you’ve got less than 50k SKUs.

For drop shippers, Shopify and BigCommerce tend to be the best options. Both support huge SKU counts, both can be launched on a shoestring budget (if necessary), and both scales just fine as your business grows. Shopify has a better app marketplace and that gives Shopify the edge for drop-ship retailers who don’t have a dev team (or don’t have a big dev team).

For large manufacturers that need a comprehensive “enterprise” solution, BigCommerce is arguably the best option of the three. Shopify has capabilities here too, but BigCommerce is a more customizable option. Because it’s easier to customize, BigCommerce should cost less to set up and also work the way you want it to more easily.

Questions? Want to hire us to provide a professional review and recommendation? Contact us. 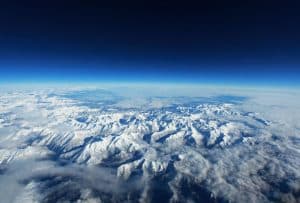 Facebook and Instagram are important marketing tools for the part and accessory industry. It’s where many enthusiasts discover new products and new brands a lot… 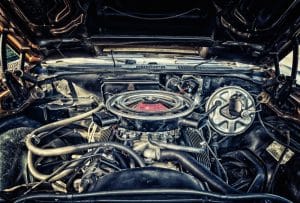 A lot of marketers and marketing agencies advocate aggressive marketing efforts on Facebook and Instagram (well, technically “Meta” now) and tell brands and retailers to…

The Most Common Security Risks In Ecommerce, And How To Protect Your Store From Them

Based on our conversations with website owners over the years, the most common security risks store owners seem to fear are somewhat exotic: Hackers stealing…